It is one month since the country entered the final stage of the UK Government’s “roadmap to freedom”. It has been a busy time for the Coventry Sub Aqua Club.

The club has resumed meetings on Thursday evenings. Turnout has increased steadily and we have at times been joined by former members of the club, some of whom are planning to return to diving after a break during the pandemic. We are grateful for the continued support of the King Henry VIII School and its pool team.

Our members have been diving in open water. At the end of July, club members visited Anglesey. For some members, it was a welcome return to sites discovered in 2020, during some of the short periods when diving was permitted. Our members have also visited Stoney Cove to continue training and, in one new member’s case, qualify as an Ocean Diver!

Between the 19th of July and today, our instructors have taken eight try-divers into the the pool. A try-dive is a great way to give diving a go in a safe environment under the supervision of an experienced instructor. Some try-divers are looking to see if diving is for them, while others are looking to do something different or celebrate a special occasion in a novel way. If you would like to arrange a try-dive, please get in touch with the club on Facebook or through the BSAC website.

On Thursday 19th August, one month after lockdown restrictions eased, the club held a Special General Meeting to discuss the adoption of a new constitution and by-laws. With one amendment put forward by members to remove all instances of gendered language, the new constitution was accepted with a clear vote. Members will shortly be able to view the new document in the private area of the club website.

With some brand new members joining us in recent days, we are excited to begin training our first Ocean Divers in almost two years. More guests will join us later in August and in September. We still have room for more try-divers and learners – could it be you? 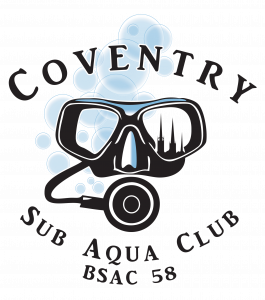